Drawing, art, and illustration have always been an important part of Massachusetts-born Zach Kremer’s life. His mother is an illustrator, and Kremer – known professionally as Qwynto – happily remembers influencing him from a young age. “One of my fondest memories was traveling to Paris with her and spending most of a week drawing everything we saw all over the city,” he said. After moving to Denver in January, Qwynto is “excited” to continue his career as an illustrator and muralist in Colorado.

Qwynto first lived in Denver while working with Americorps NCCC. “I’ve lived in many places, but I’ve always longed to be close to the Rocky Mountains again,” he said. He derived “Qwynto” from “Quinton”, his middle name, and a desire to separate his identity from his art. He has “always admired the way graffiti artists wrote their names. Her work was always recognizable, but her image was a mystery unless you knew her personally, ”he said. “For me, using a surname focused more on my art and less on me personally.”

Qwynto’s mother has always been one of his greatest inspirations. “When I was little, she printed copies of her line drawings so I could color them in, to keep me busy, so she could meet her deadlines,” he said. “It wasn’t until high school that I began to see art as a possible career choice. I really got into it and signed up for as many outside of school courses as I could. “

Qwynto grew up in Massachusetts and often spent time with his mother in the Rhode Island School of Design’s natural laboratory. He also spent time in Boston, where his father had a photography studio. “My work has been heavily influenced by my travels, seeing different forms of architecture and different approaches to color, pattern and texture in environments and works of art around the world.” He is often more creative than literal, using light colors as well as deep Blue and light pink for skin and hair.

Experiences like Paris with his mother are the kind of adventures that shape his art. “Stories are what drives my paintings,” he said. “Whether I’m designing a mural, illustrating a storyboard, or doing an article graphic, I have a story in the back of my mind that inspires my character’s attitudes.”

When asked about his favorite part of his job, he cited the process and transformation of a project. “Take an idea and make a story out of it and create a narrative that the audience can fit in,” he said. “It’s what I love most when it starts out as a rough sketch and then gradually puts it together into a finished piece. It’s also exciting to see people interact with my work and formulate their thoughts about my intentions when new pieces are created,” he said.

A new home base

Although Qwynto is new to Colorado, he is already happy with his home state choice. “Although I haven’t lived in Colorado for too long, it feels more like home than anywhere else I’ve lived.” he said. “Most of my work relates to nature or reflects it in some way. It was a dream come true to be able to run and cycle the Denver trails every day, and having the mountains just a hop, skip and a jump away has motivated me to create new jobs. “

The Colorado environment allows him to rely less on photos when illustrating. “In the past I have often used photo references that I can find on the internet, but since moving here I have been able to learn and receive my references firsthand,” he said. A newfound love for skiing has even inspired him to design skis that are decorated with his own artwork. Qwynto hopes to keep Colorado as a home base while continuing to explore the world. “Traveling with my job has always been a big dream of mine,” he said. I try to stay open about where my work might exist, whether on skis, in magazines, galleries, or on the side of a building. “ 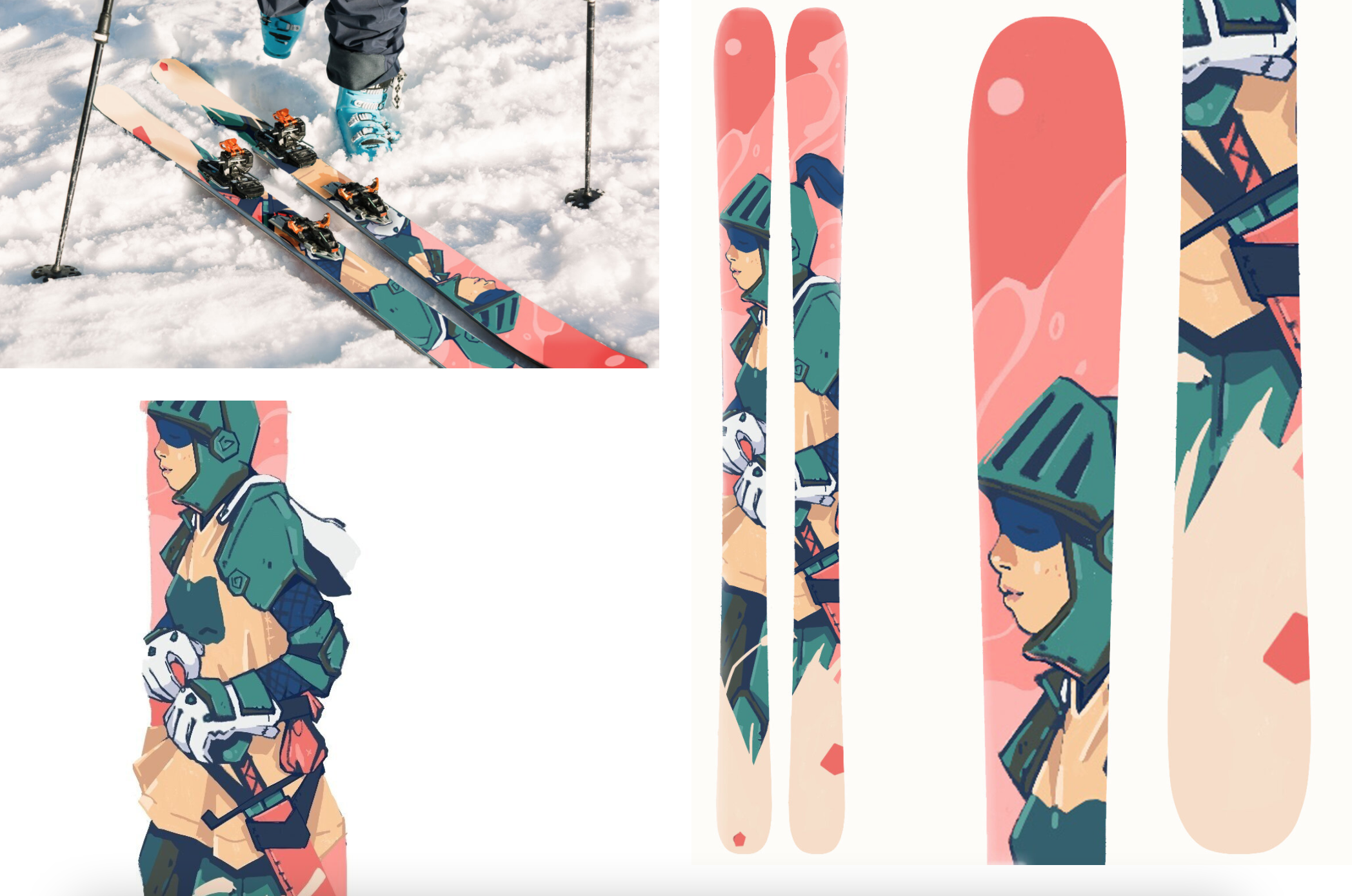 A new Qwynto mural will be available in Blackbelly, a bouldering restaurant and butcher shop, over the next few weeks. He also fills his Etsy shop with paintings every day. Some of them will be exhibited at the end of May in the Golden Mill – a meeting place for the community in Golden.

Actions in Denver this weekend October 1-4

In the first quarter of 2021, Denver office space continued to struggle and industrial...

The Denver, Colorado brewery has a Bull Testicle infused beer

Will You Get Another Relief Payment? – CBS Denver