Home Architecture Tres Birds is designing a development that will take up the entire...

Reclaimed brick and metal panels form the exterior of a residential and commercial project in Colorado’s capital, designed by local company Tres Birds.

S * PARK, the mixed-use development with a total area of ​​9,290 square feet – a full city block – is located near downtown Denver in the Five Points neighborhood.

Above: The development is surrounded by greenery. Above: S * PARK is located on a city block in Denver

The local studio Tres Birds acted as the master planner, architect and interior designer of the project. Sustainable design was a major concern of the project – its original name was Sustainability Park – and resulted in the inclusion of elements such as a solar panel system, salvaged materials and lots of green space. 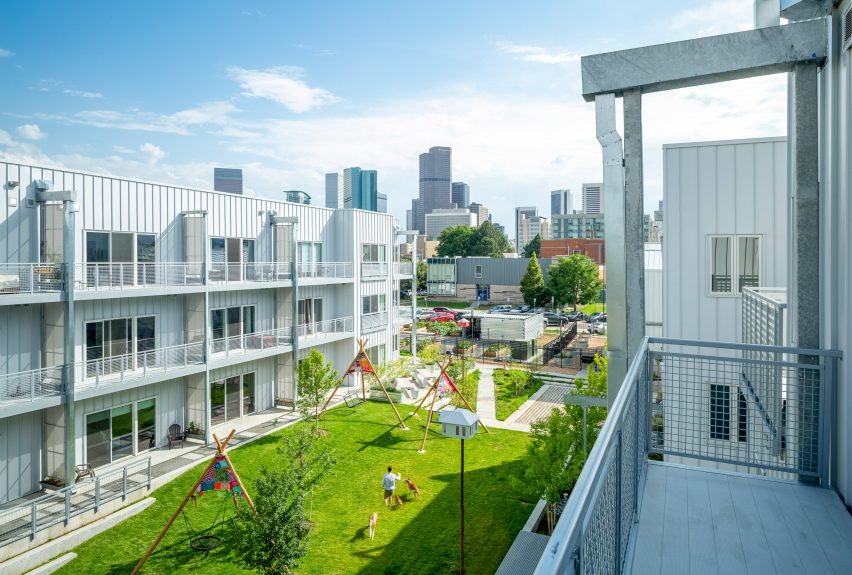 The S * PARK is both a residential and a commercial complex

The complex consists of multi-story, linear volumes arranged around open spaces, including a central private park. On one side of the property there is a garden with above-ground planters in which vegetables and flowers are grown.

Two main materials were used for exterior walls – reclaimed red brick and metal panels in shades of orange and gray. 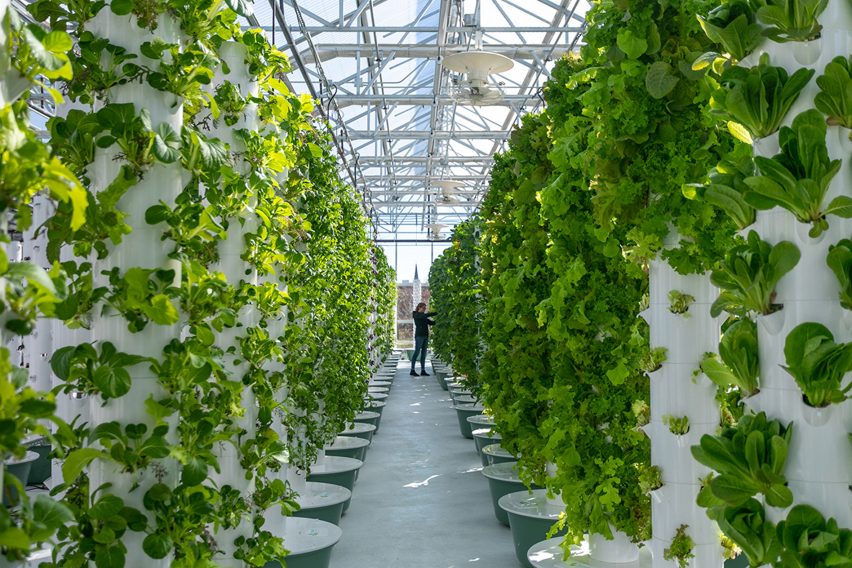 Above-ground planters in the complex. Photo is from James Florio

The bricks come from a local company that rescues materials from demolished buildings. The stones are arranged differently, creating patterns and textures that respond to specific goals.

“Strategically omitted bricks on balconies and outside stairs let light through and offer a view of the outside,” said the team. “Twisted bricks on the facades on the ground floor encourage climbing in the countryside.” 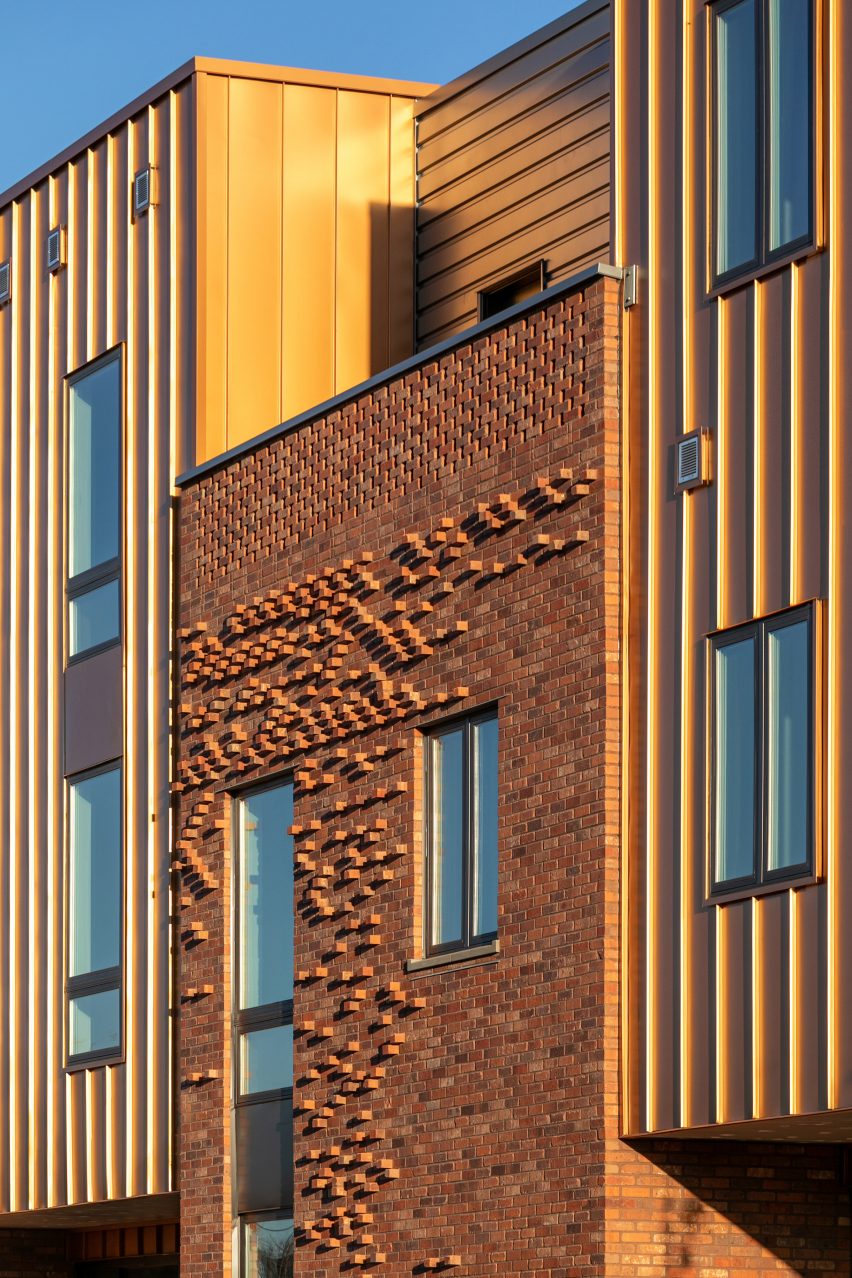 Patterned brickwork on the walls. Photo is from James Florio

The team used light-colored panels on the walls facing the inner park to encourage vegetation growth.

The development includes 90 condominiums, ranging from studios to three-story, three-bedroom units. All accommodations have a terrace or balcony. Metal grids on the balconies support plant growth while providing shade and privacy. 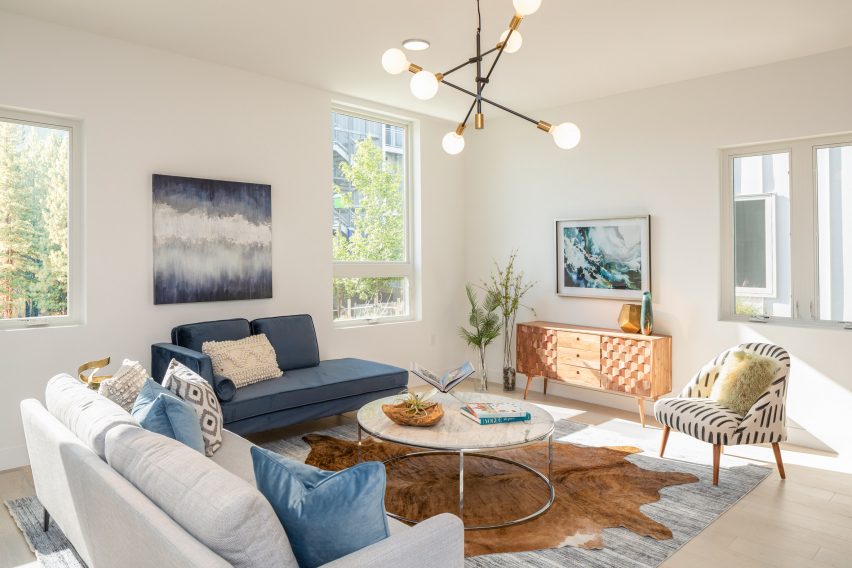 A living room in S * PARK

The property offers retail space on the ground floor as well as a self-contained two story building with a glass roof that houses a Japanese restaurant on the ground floor and a greenhouse above. The site has an underground car park with charging stations for electric cars.

“A key element of the plan is that all parking spaces are underground so that there is more space for people and plants than for cars,” the team said. 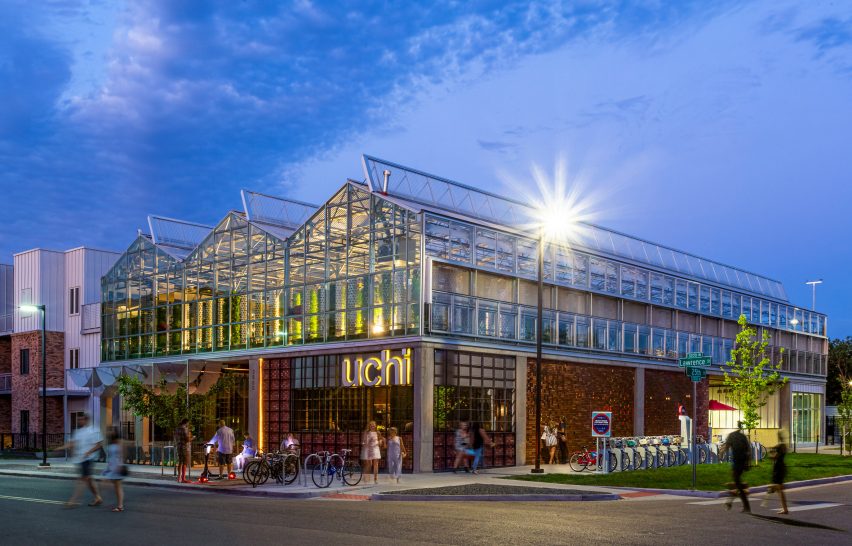 The Japanese restaurant Uchi is part of the development

To reduce energy consumption, the team integrated elements such as LED lighting, high-performance glazing and advanced insulation. The 280 kilowatt hour solar system on the roof generates electricity for apartments and common rooms. 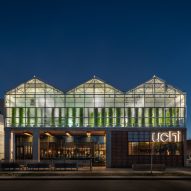 “Residential utility bills show that the electricity and gas used to power the units are less than half the energy used in equivalent modern buildings,” the team said. 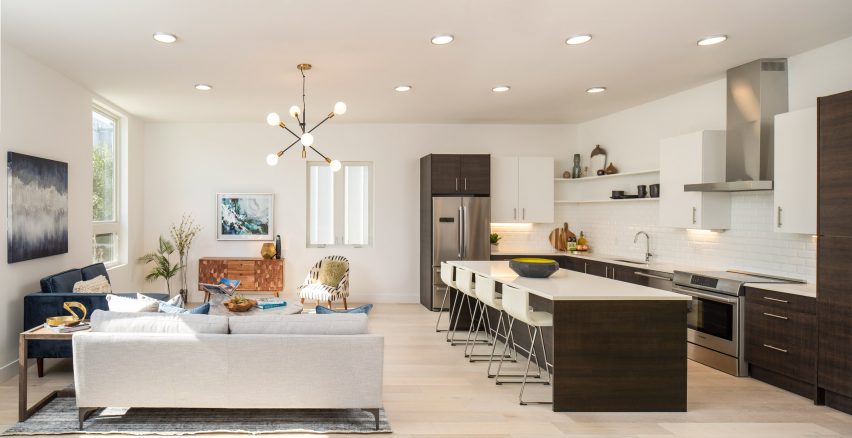 An open kitchen in a S * PARK apartment

The private park runs through the center of the complex, adorned with quirky birdhouses and play structures with swings – both designed by Tres Birds.

Rainwater is transported from the surrounding roofs via galvanized steel downpipes and specially angled channels to the inner courtyard. 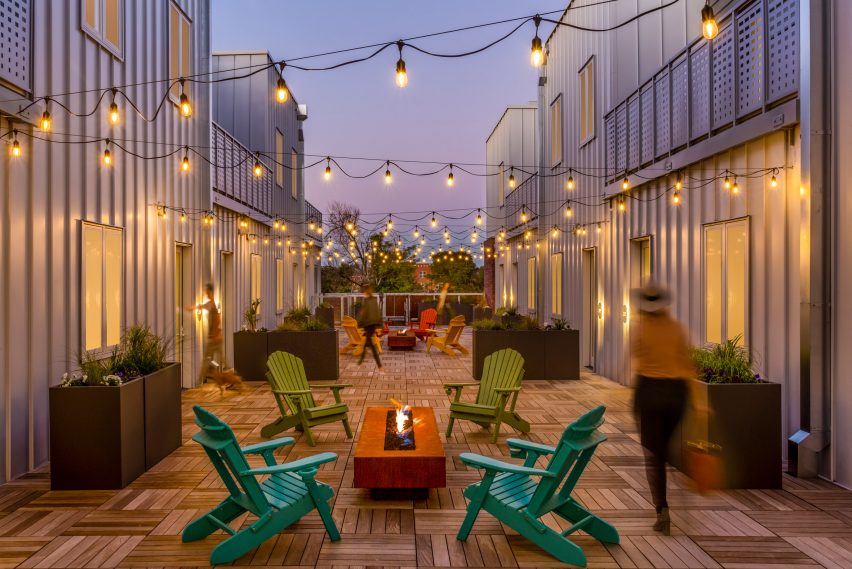 S * PARK is one of the latest projects from Tres Birds, a Denver studio founded in 2000 with an emphasis on economical and sustainable design.

Other projects by the multidisciplinary company include an art museum in Wisconsin with a concrete facade and screens made of angled wooden slats.

The photograph is by Jess Blackwell unless otherwise noted.

The picture exhibition “Y / OUR Denver” exhibits the structure of Denver

Paul Tamburello buys two churches in the West Highland neighborhood of Denver – The...

Colorado’s COVID-19 outbreaks fall for the first time since late March – The Denver...

Denver Police Officers Amongst These Who Acquired Moderna Vaccine By way of Trials –...